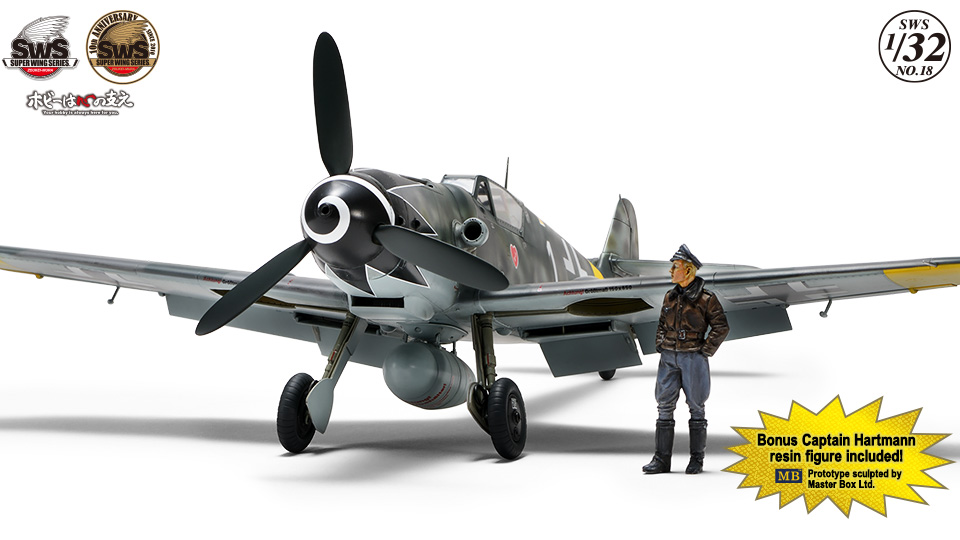 Special package with resin-cast Capt. Hartmann figure included, in celebration of the SWS 10th Anniversary!
The Messerschmitt Bf 109, mainstay of the Luftwaffe in WWII, joins the SWS fleet with all-new molding! The special SWS 10th Anniversary model recreates the aircraft piloted by the legendary Erich Hartmann, including a figure of the ace pilot himself with the kit. Don’t miss your limited chance to get this special kit! 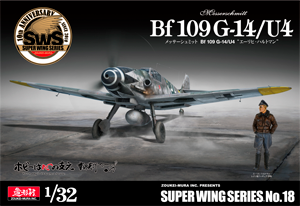 At last SWS will be releasing a series of 1/32 Bf 109 kits! First is the famous ace “Hartmann” model!
The special limited-edition Bf 109 kit featuring the aircraft piloted by Erich Hartmann, the WWII Luftwaffe ace who shot down the largest number of aircraft in the history of air combat, will be available via pre-order only. In addition to the Cartograf-printed exclusive decals featuring the famous black tulip, a resin figure of Hartmann himself by Master Box will also be included with each limited-edition kit! From the outbreak of WWII in 1939 to the end of the war in 1945, the Bf 109 gave way to many ace pilots until it finally disappeared into the yonder. Now it will be revived as an SWS kit!
The Bf 109 the most-produced fight aircraft in history. SWS will thoroughly recreate the Bf 109 G types, which boast the largest production quantity of any variation!
Following the great success of the B-type in the Spanish Civil War that broke out in 1936, the aircraft evolved into the C-, D-, and E-types, facing its “archrival” the Spitfire in the Battle of Britain, said to be one of the largest air battles in history. Later, with the F-type, the Bf 109 became the world's most powerful fighter. This was followed by the G- and K-types, continuing to fight fiercely and improve throughout WWII until the end of the war. Of all variations, the Bf 109 G was produced in the largest quantity and had many subtypes. The SWS kits will faithfully recreate the many Bf 109 G variations, accurate to every last detail. One of the true joys of SWS kits is discovering that development history behind the actual aircraft as you assemble the model.
This is heart of the Bf 109 G-14! No details left out, including the nose engine and weapons, and the internal structure!
The compact fuselage structure and the cross-section of the DB 605 engine, which had a greater displacement than the DB 601, are perfectly replicated. The wing structure and internal construction of the Bf 109, which also excelled at hit-and-run attacks, have been recreated in a way seen only SWS kits. Furthermore, the operation and structure of the radiator flaps and ailerons is clearly understandable from the accurate molding. The top of the DB 605 is equipped with an MG-131 machine gun, and the Bf 109's unique cockpit, neatly configured like one big mass of rationality, reveals the genius skill of Messerschmitt. 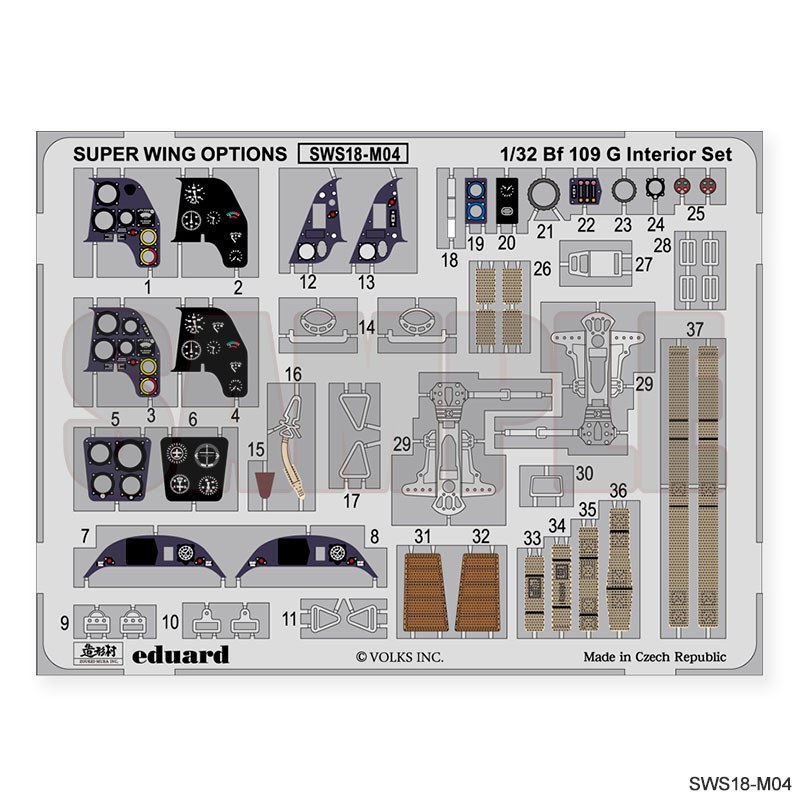 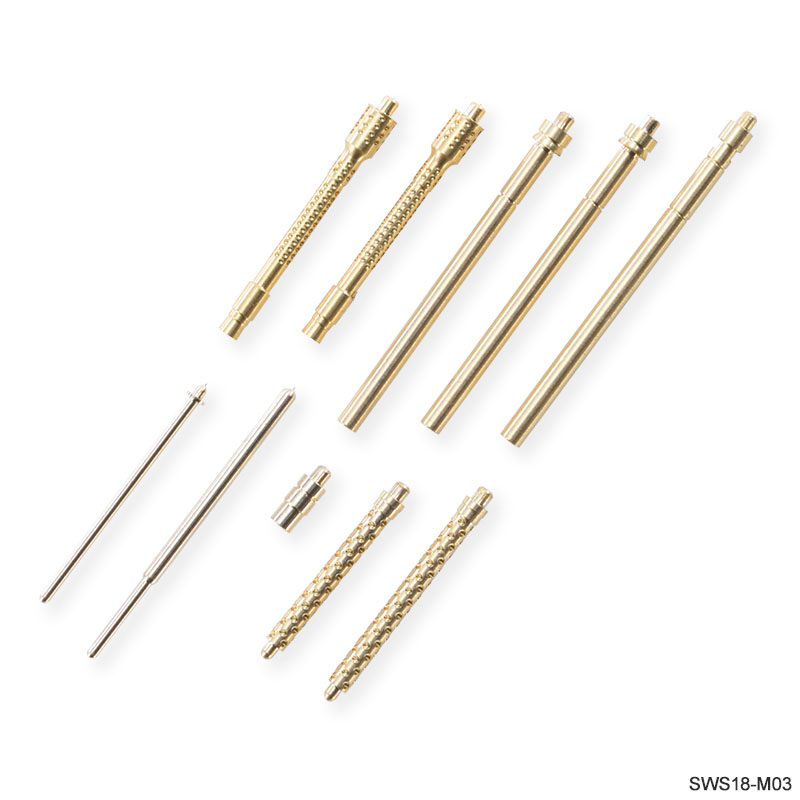 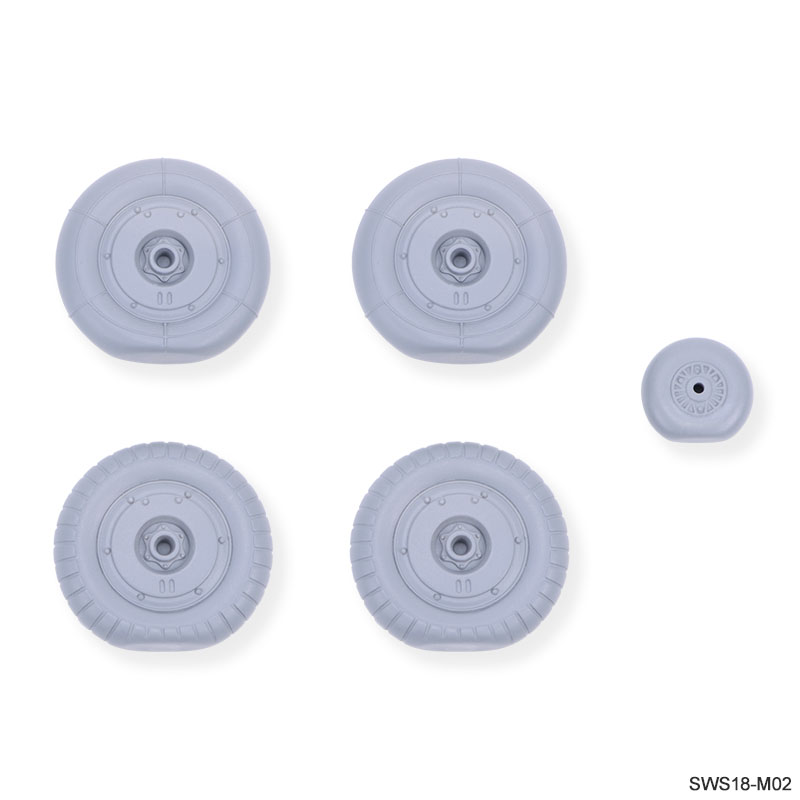 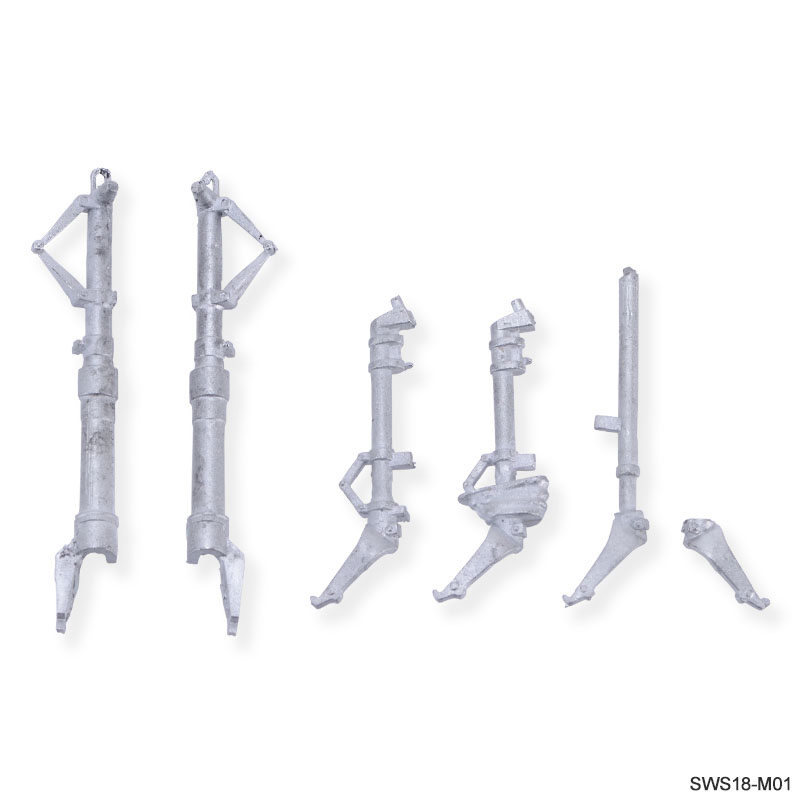