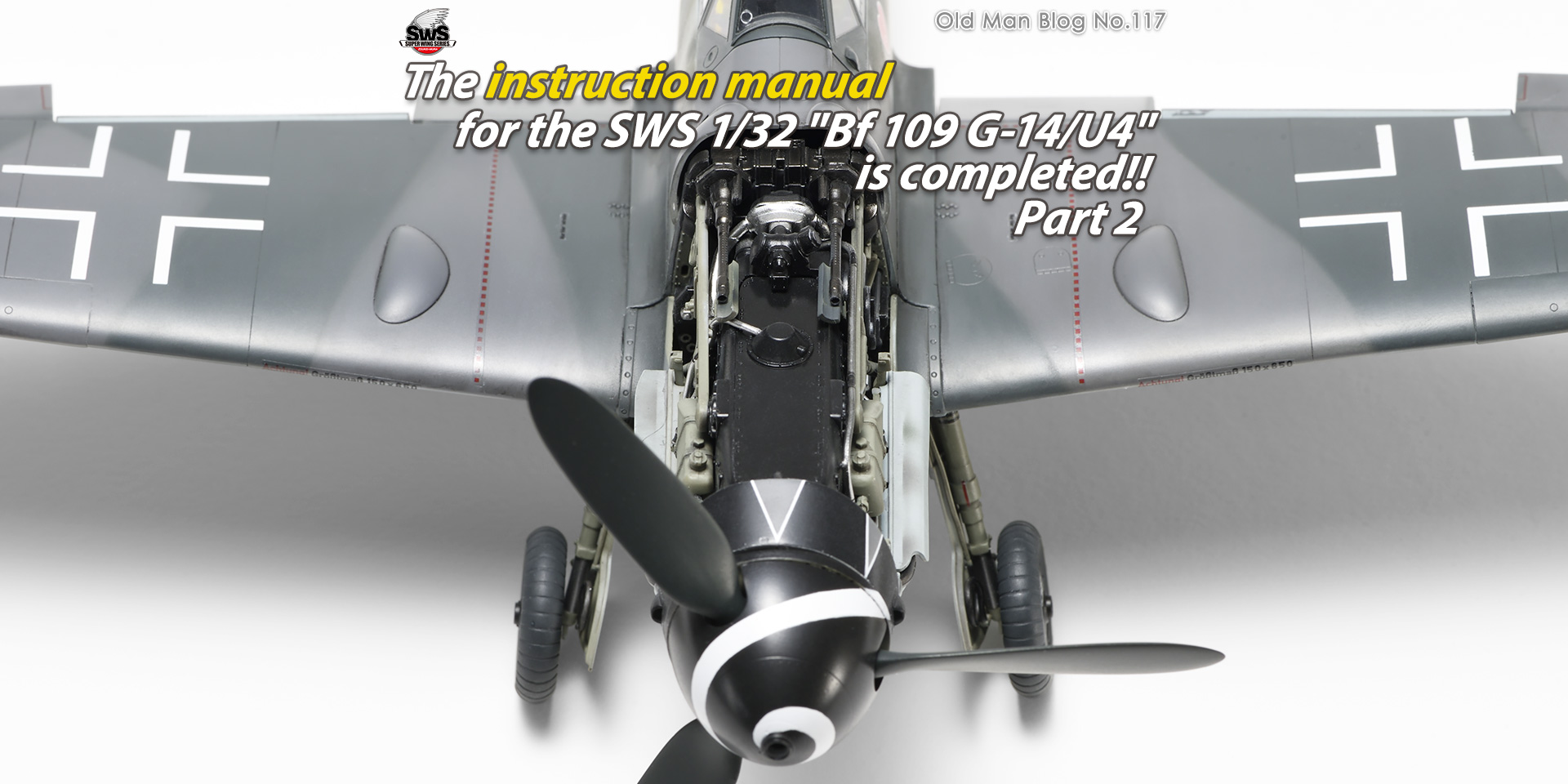 Today we are going to introduce the place where Erich Hartmann did his job- the building of cockpit.

Well, when you see the size of the cockpit of Bf 109, you may worry that how could this big-boned German pilot fits into this tiny space, while doing all the job starts from take-off, landing, searching enemy, scouting also the fighting, and of course returning alive under such a constrained environment, which the tiredness and exhaustion must be unbelievable,,,

But I believe you don’t have to be a fan of Bf 109 to understand this is the best part of finding out the secret of a famous aircraft that how the limited cockpit space can hold all the equipment by actually building it.

Now, let’s go straight to the building the cockpit! 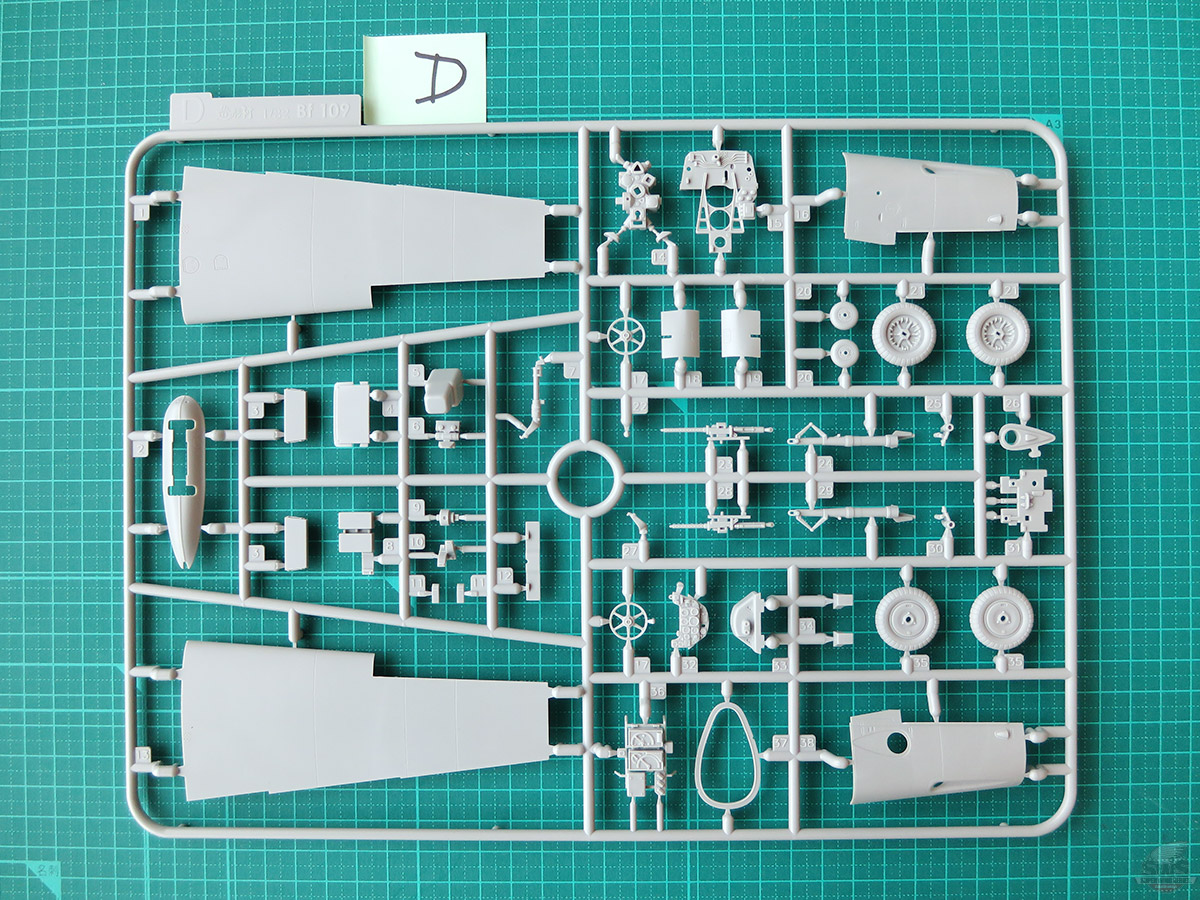 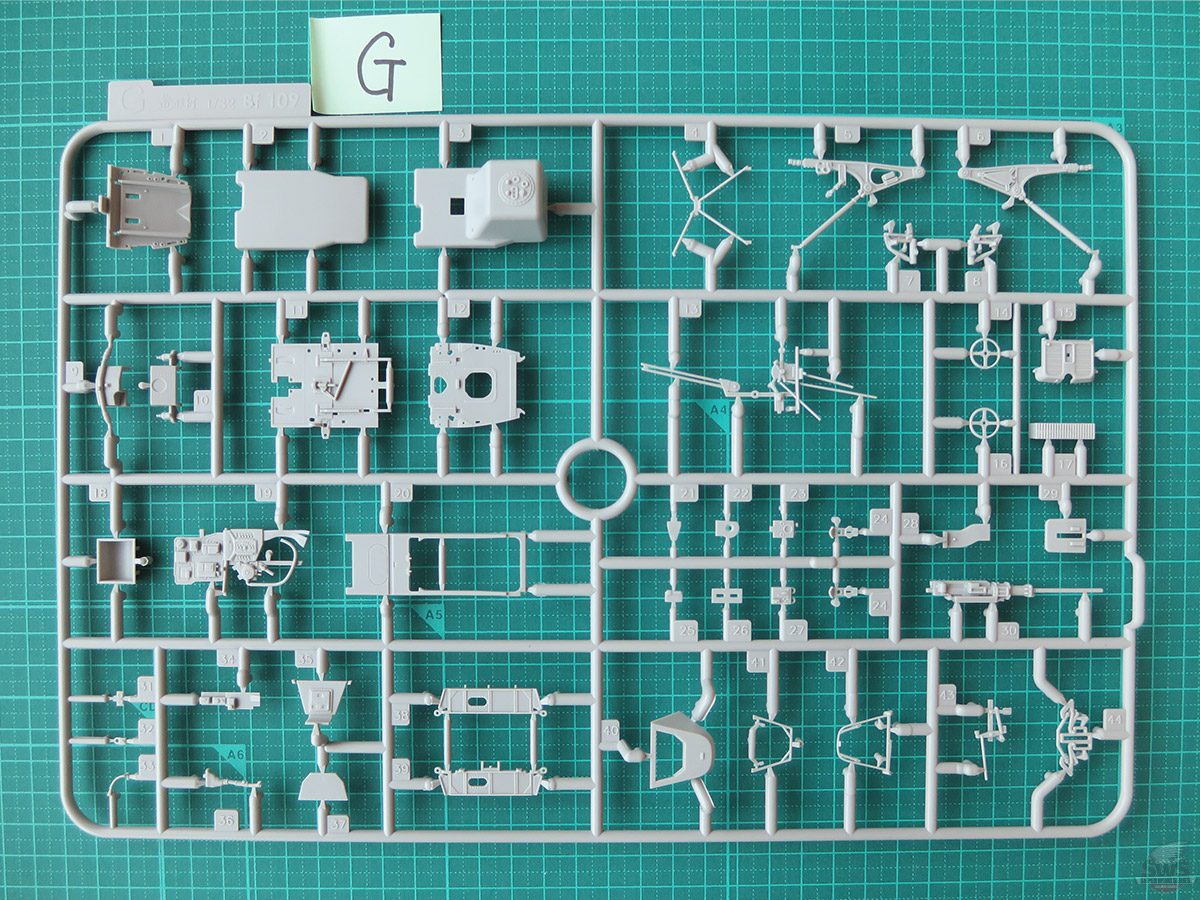 ▋Here you can see the cockpit of Bf 109!
Although you will not be able to see it once you have assembled all the parts that took you a lot of effort to build, the central part is always where you can feel the real aircraft the most.
As usual, there are many detailed parts, and you will need to take your time and assemble it carefully, especially the area around the steering wheel of the flap requires your additional focus. 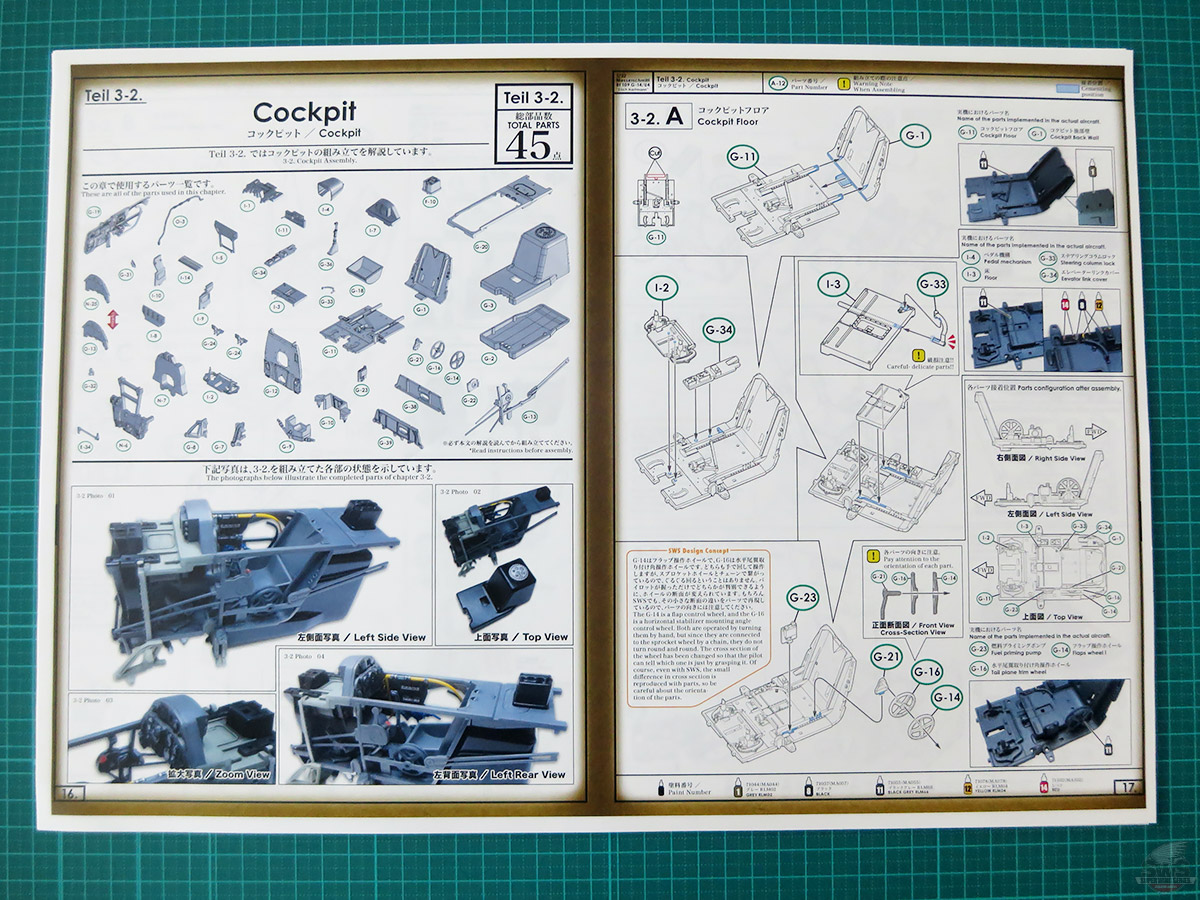 ▋Next, we will move to the build of the floor of the cockpit.
Beside the steering device, this important place of Bf 109 assembled with all the equipment is where the pilot control everything including the engine and the weapons. Image you are a mechanic and enjoy the following build of this place! 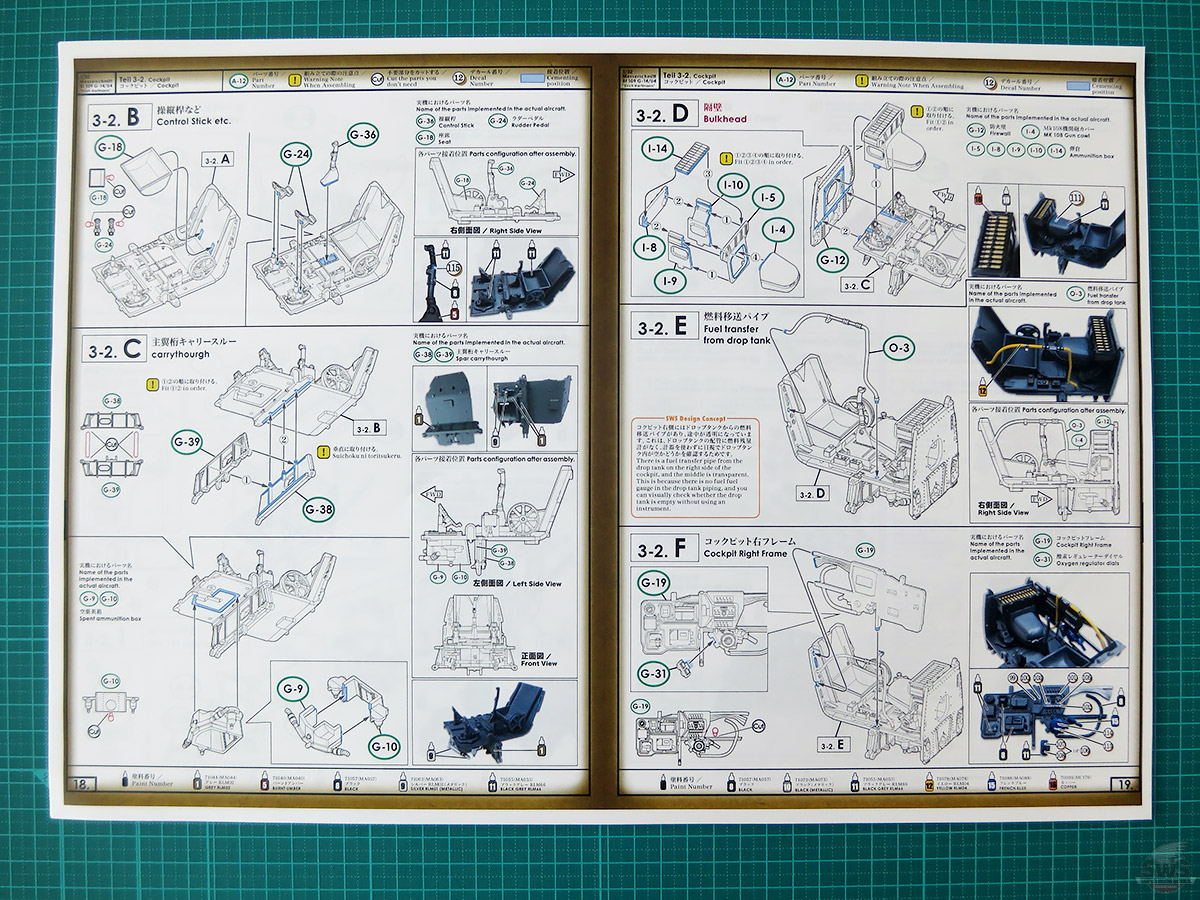 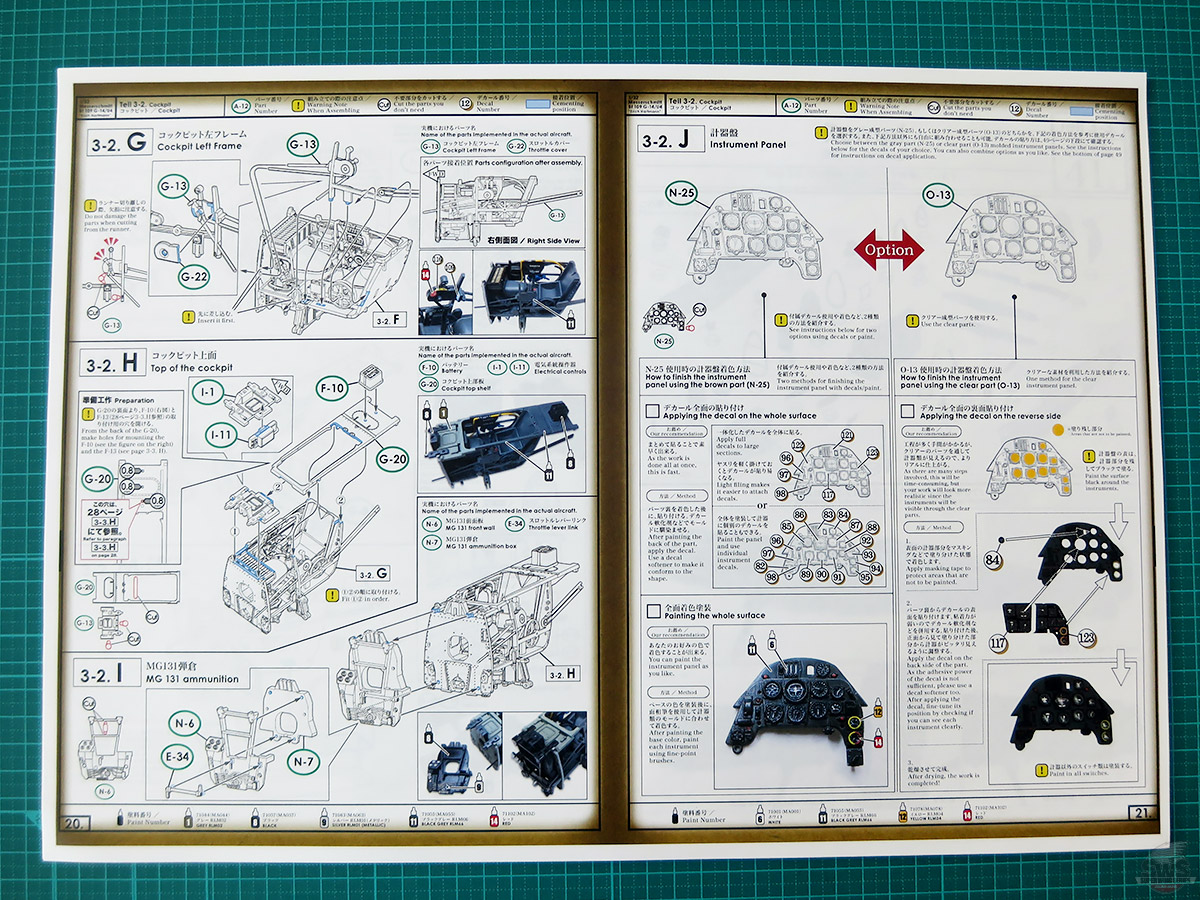 ▋What do you think? Now you can understand what I mean when I said that the cockpit space of Bf 109 is limited. Despite of being covered by the bulletproof shield, this is where the pilot has to control the fuselage flying in highspeed while aiming the weapons and avoiding the attack from the enemy, which exactly depends on all the dazzling operation to decide not only if the pilot can win, but also survive from the battle.

We are all lucky to be able to see the Bf 109 to be recreated as a plastic model. 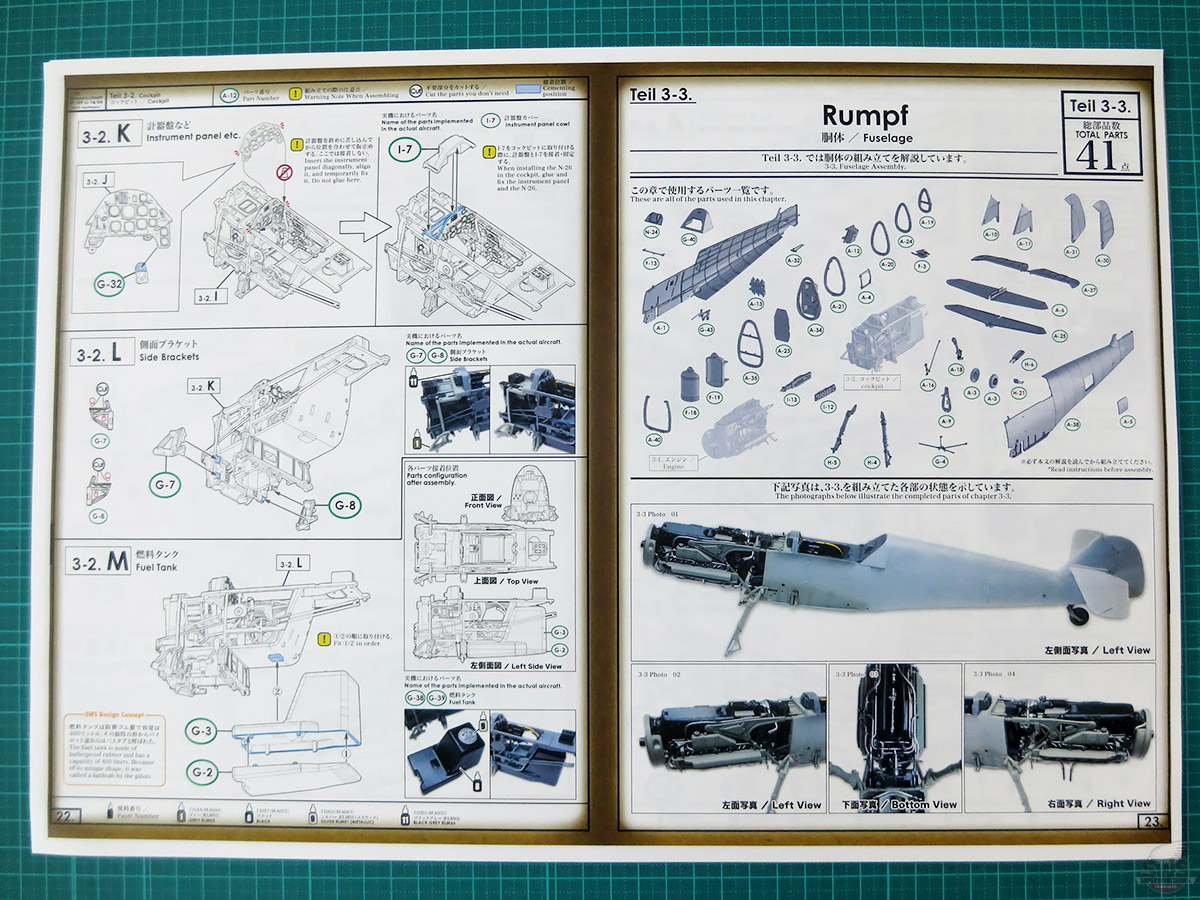 ▋After the fuel tank which is also called the bathtub is attached, the build of the cockpit is completed. Last but not the least, make sure all the parts of cockpit are perfectly assembled without even tiny mistake, or it will affect the assembly with the fuselage and engine suspension for the further steps.

Next episode will be the build of the fuselage!

Without any questions, there will be highlights everywhere from the attachment of the engine to the equipment of the main struts and rear tire. Finally the whole picture of the fuselage with the unique Bf 109 features is getting more and more clear.

Thank you ~~~!!
To all my SWS brothers who participated the SWS 10th anniversary Osaka fan meeting~~~~ 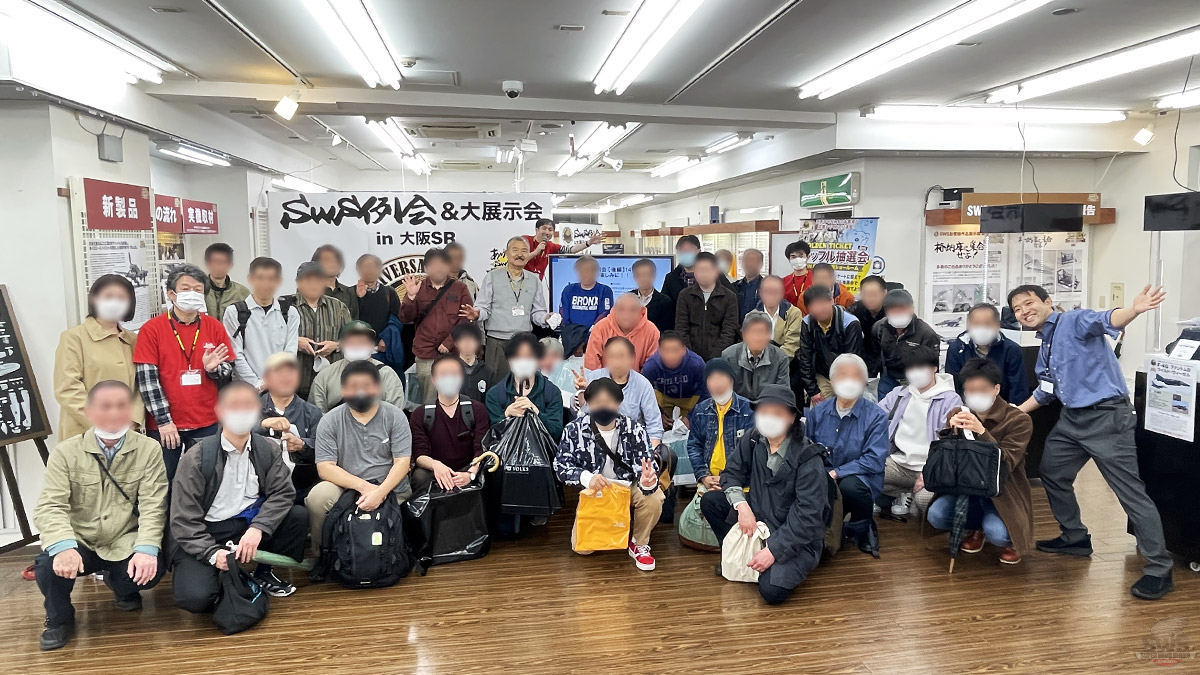 ▋Unfortunately the weather was bad that day with the cold spring rain from the morning, but we still have so many modeler brothers joining us and took a picture with us at the end of the event.
We even had brothers who came far away from Nagoya and Shizuoka! Your shinny smiling face totally made the day even better, thank you all so much! 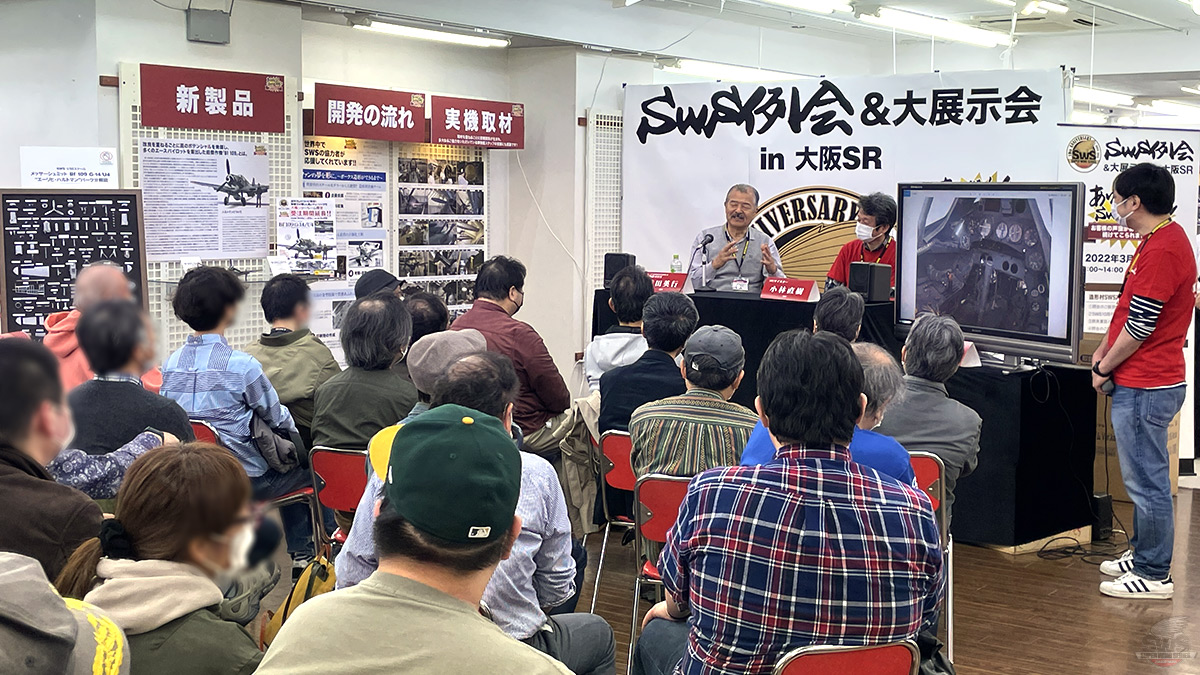 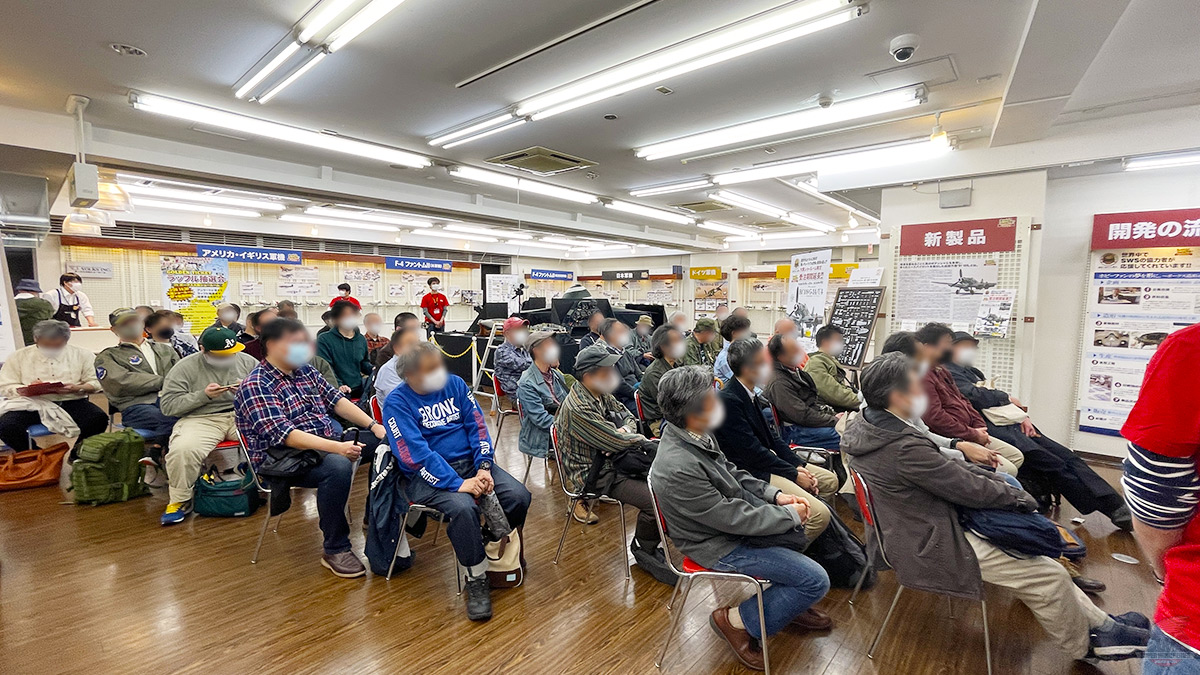 ▋Hope you all enjoy me sharing all the pains and gains and other inside-story that cannot be heard at anywhere else regarding the development of SWS, while there were actually too much unrevealed details that kind of worried the staff. Besides, I also threw questions at the brothers sitting at front line from time to time which probably prevented them from dozing. However, I am so glad that there were none of them dozing during the event at all, which I appreciate the support from the modeler! 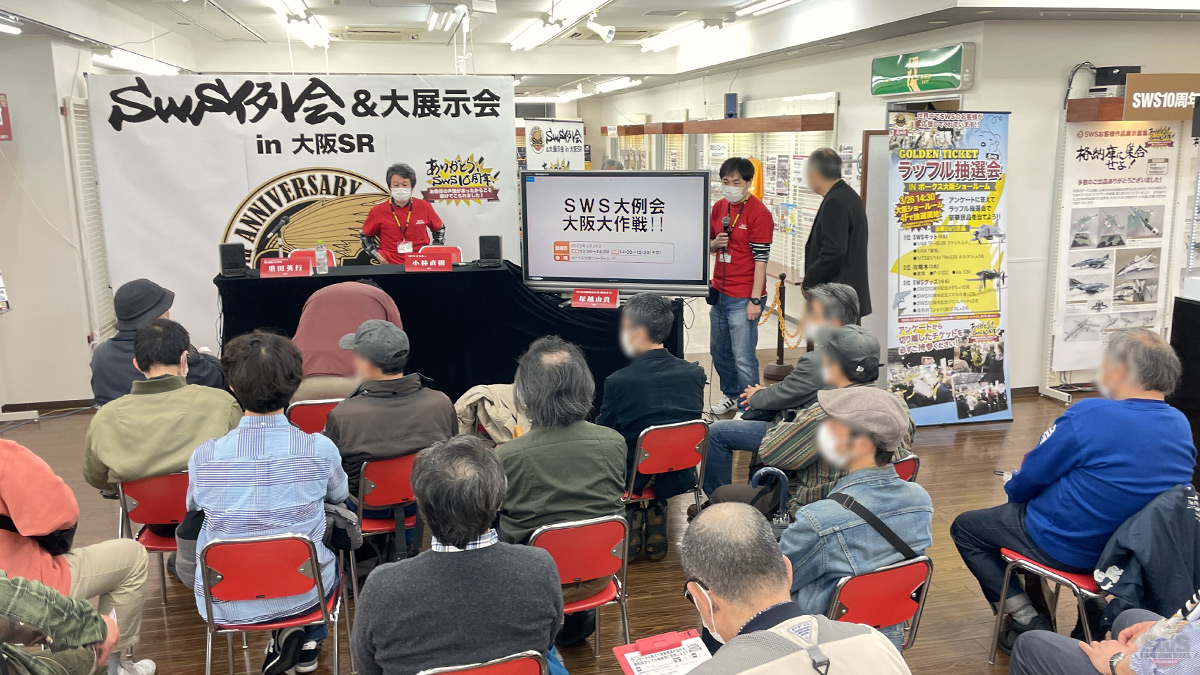 ▋As you can see that all our SWS brothers are paying their most attention to the workshop hosted by the famous Kobayashi!
All because he is the superman that know everything from the build of all SWS kits, instruction manual to the advertisement on magazine while always completes all the tasks with a cool face and all the secret tips he shares always helps a lot in building the kit. I also overwhelmed once again when I saw all the SWS kits displayed at the event myself.

▋Speaking of SWS fan meeting, you can’t miss the raffle that excite the whole venue by giving out the kits. We also have had received over 200 questionnaires right before the raffle, and that is why we decided to give out as much as we can to all the guests. Probably you will be the next lucky person to receive the prize, and I hope to see you at our next even.

Again, we appreciate for everyone who joined us at the SWS 10th anniversary fan meeting!!!

Despite the rainy day, thank you for those who came all the way to join our SWS fan meeting held in the VOLKS Hobby Square Osaka on March 26th, 2022.

As you can see there I met a lot of my brothers who loves hobby as always. And for those who only came to enjoy the raffle, please accept my apology for being too excited and spent way more than one hour as our original plan on talking about the development story of SWS.

Also at the end of that day, we received numerous preorder for the Bf 109 Hartmann kit, which I really appreciate a lot. I hope to share the happiness with you for adding the additional value that will light up your airplane collection.

With all the staff and from the bottom of my heart, I look forward to seeing you again at our next SWS fan meeting.

Look! This is the package artwork for the SWS 48 F-4G! 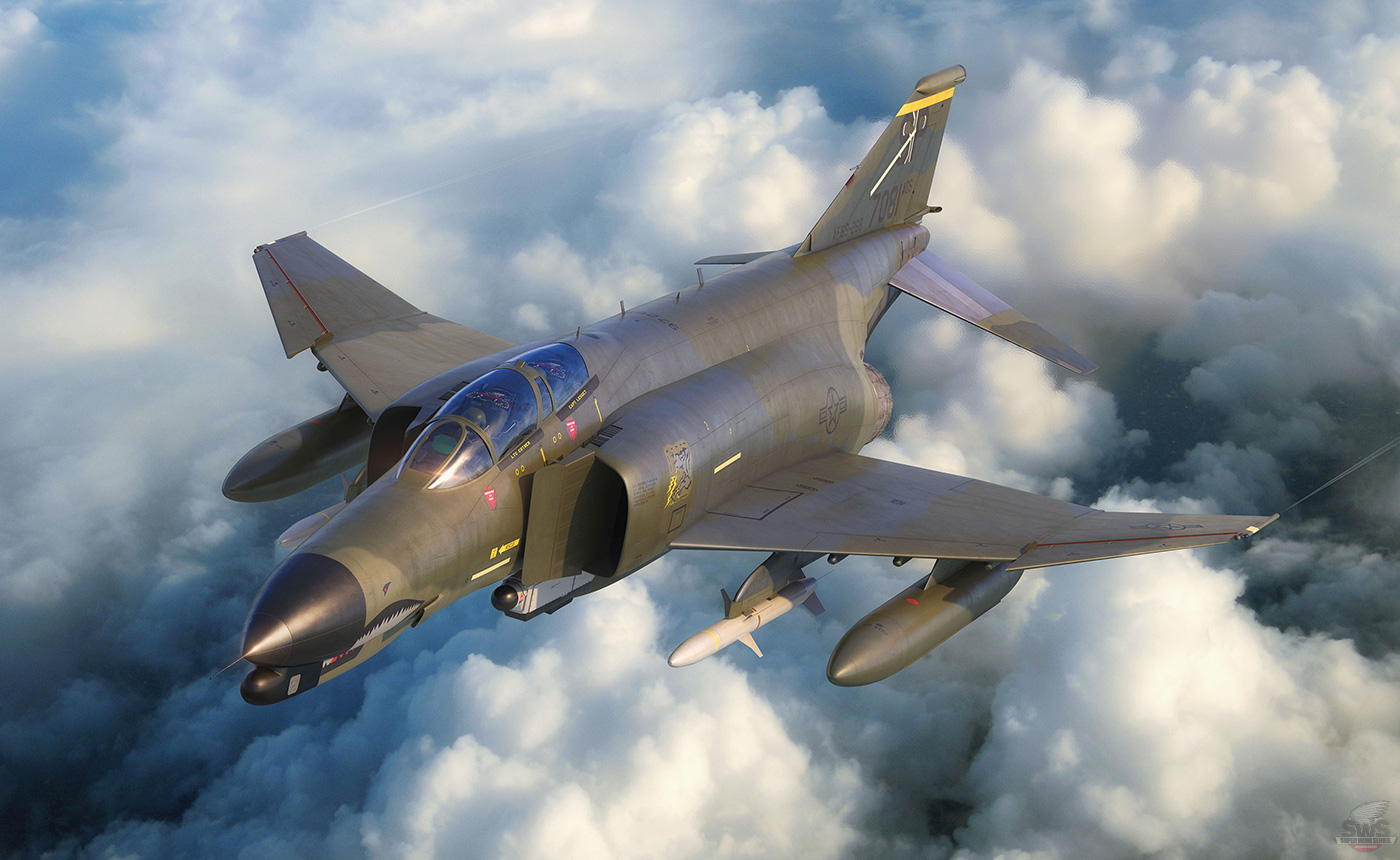 *This image is a work in progress. The final package artwork will differ.

▋This package artwork is commissioned to our familiar Mr. Adam Tooby from UK, who used to belong to the 81st Tactical Fighter Squadron of the 52nd Fighter Wing located in the Spangdahlem Air Base of former West German. The design features the decal of Sr.no.69-7268 in 1987 and especially the distinctive personal mark of black panther and the European one camouflage

However, I feel like my heart is tearing apart every time I heard the sad news about the war happening on the land in Ukraine. I pray that the conflict will end soon and hope my voice can spread through my blog.

I wish you healthy and all the best to my SWS brothers all over the world. 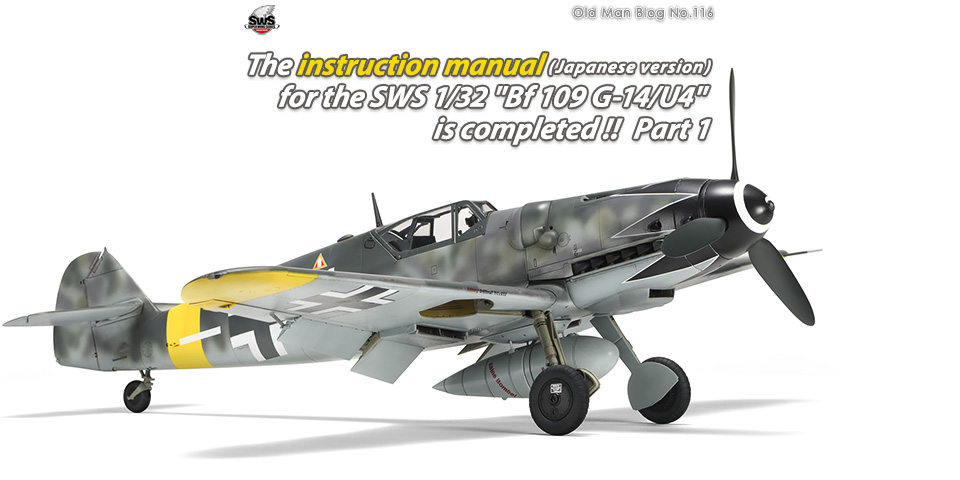 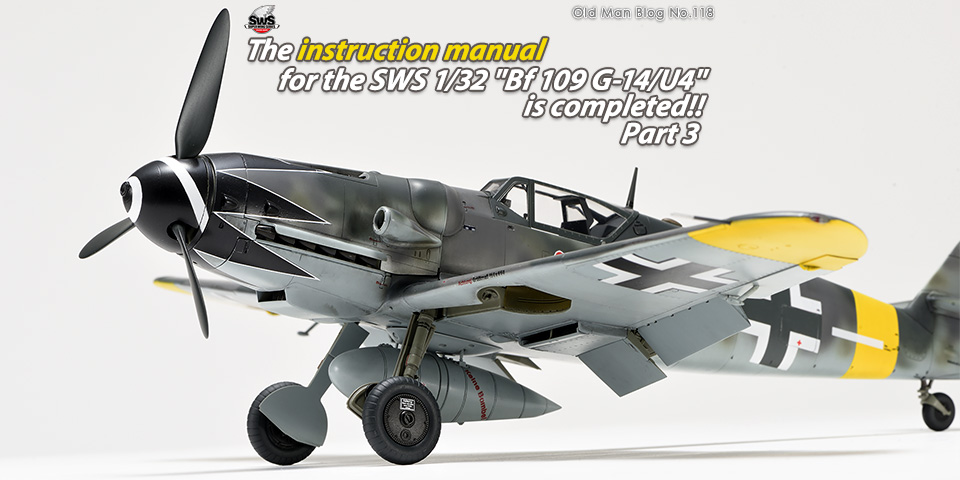