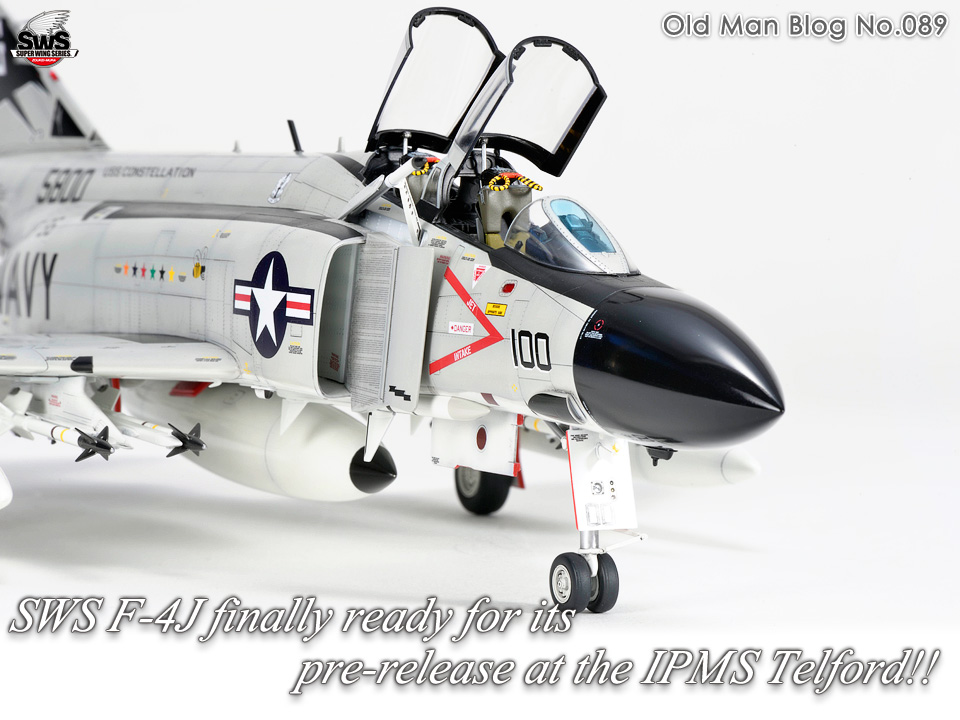 I'm so happy we can finally give you this kit, my heart is about to burst by the joy!!

Thank you very much for your numerous pre-orders.
Deep gratitude, from the whole development team.

F-4J will be followed by S and let me announce we'll go straight on developing each type!!
I'll let you see which model is coming next!! 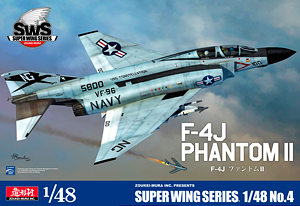 SWS F-4J finally ready for its
pre-release at the IPMS Telford!!

Temperatures have rapidly fallen, and Japan is going through the last days of fall, with winter drawing near. SWS fans in the world, is everything good?

Oh you guys in the austral hemisphere, summer is coming for you. Now you're in the middle of the spring, lucky you.

Well, you guys who pre-ordered SWS F-4J Phantom II to pick it up in Telford, you'll be so excited for what you'll be holding in your hands that it will feel like spring, despite being near winter. Amaaaazing kit!!

Real soon, real soon!! Just a few days to go until the IPMS!!

Keep your cool and look forward to that day. 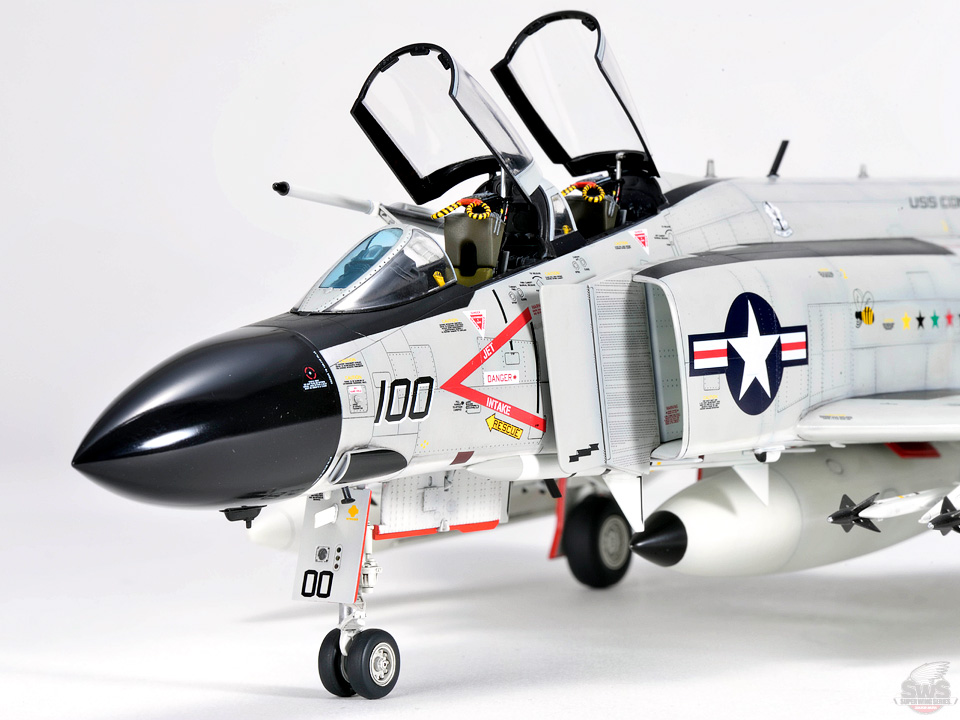 At the venue, from Zoukei-mura booth, we'll inform all you guys who pre-ordered the F-4.

.We'll have a line just for the people who pre-ordered the F-4. As the event starts we will start handing out the kit, so you just need to line up orderly.
And once we have finished distributing the pre-ordered items, we'll start selling the remaining F-4 kits that we have at the event.
If you're considering a purchase on the event day, all you have to do is be there. We'll bring just a limited quantity of F-4 kits to the event, so be aware that we might sell it out. 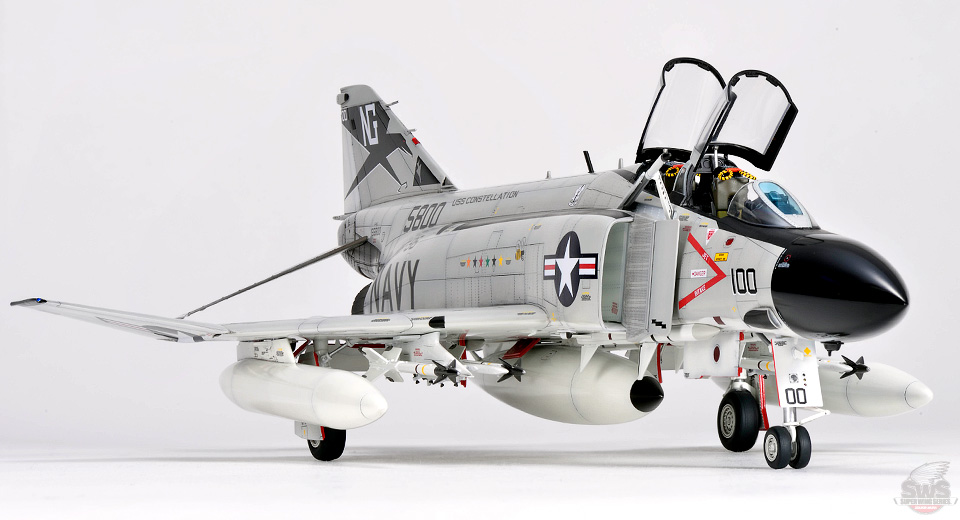 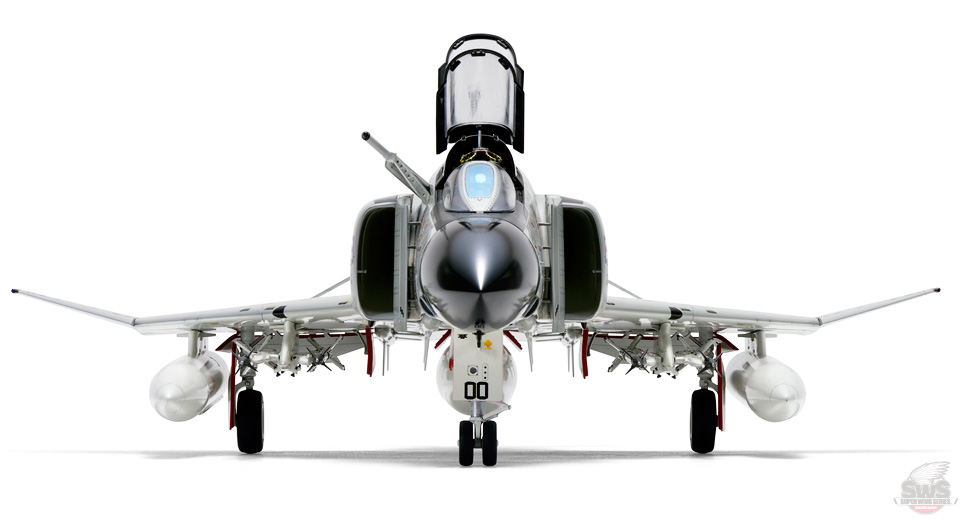 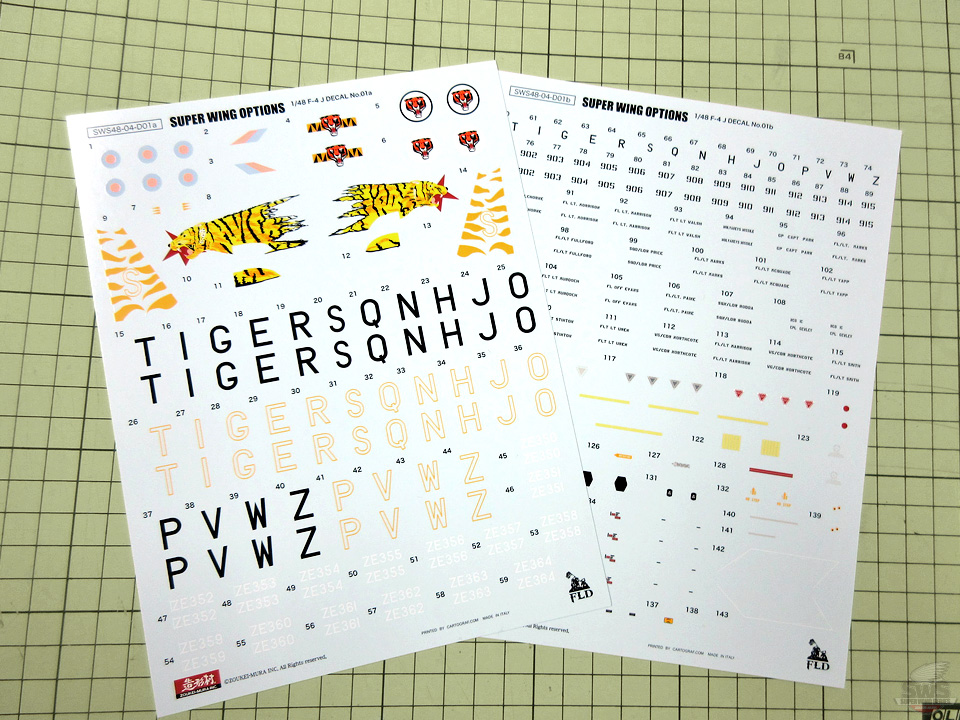 And!!
As shown in the picture, a special decal will be available at the event for this SWS F-4. We definitely recommend you to collect this too at the same time. (No worries, it will be officially released at a later time!) 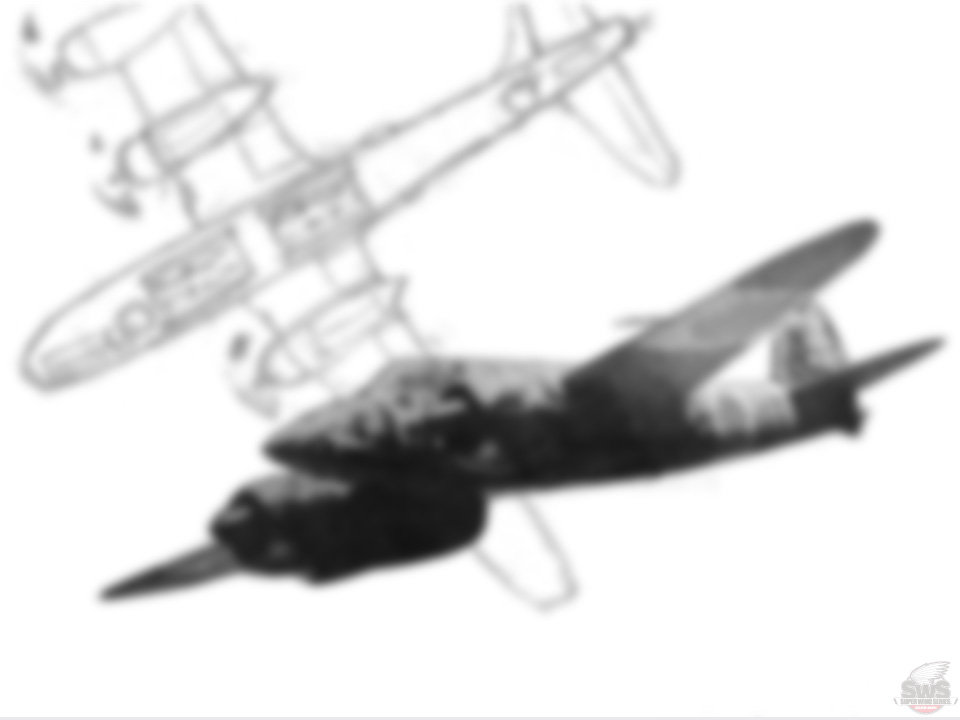 These machines will be finally made into SWS 1/32 scale kits!! Both are way under development and, needless to say, will be reproduced as SWS standard models with their extreme level of details!

And these two aircrafts are proceeding simultaneously!! Japanese aircraft fans, German aircraft fans and you, every-kind-of-airplane freak just like me, get ready for some restless nights from this day on!

One more dream of yours is coming true. Enjoy the prior taste of SWS kits as much as you can. 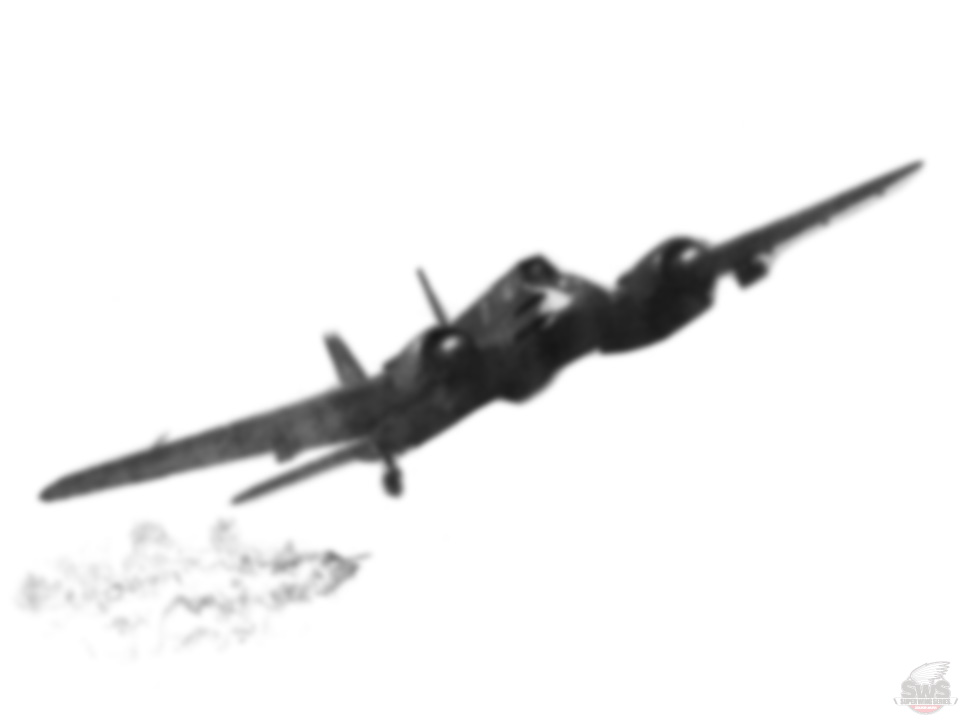 How was it? If you guessed name and type just by a quick look at these blurry pictures,
you're really cool! Absolutely. These two models will have of course their extra parts and decals! We're progressing towards very abundant kit contents.

And you, who have already decided to buy these kits, you're even cooler.
After all, this is a genuine SWS kit, you will enjoy it to the fullest.

And then you, who already took the money to buy the kit from your wallet without thinking too much, let me hug you!! From that moment, this aircraft will start dancing in your mind!! Hear! Nnnneeaooww!!

The two mock-ups of these aircrafts will be revealed very soon.
Yes. Be at Zoukei-mura booth, IPMS Telford (UK) on November 12th!!

Development team will be waiting for you, and you'll be amazed. 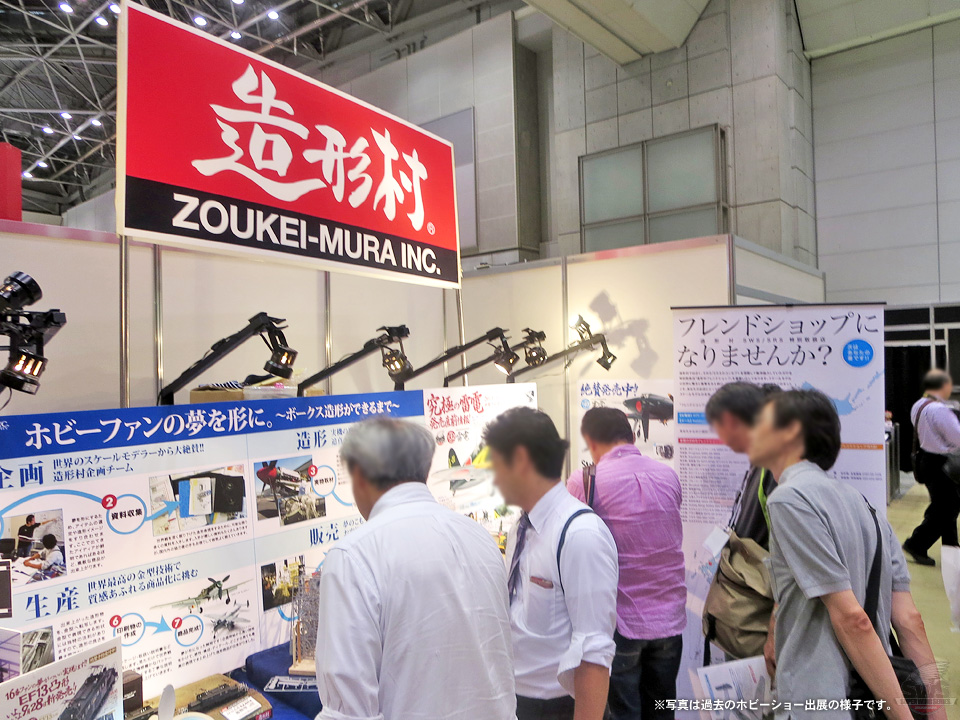 Zoukei-mura will sell its kits and expose the newest 1/48 F-4 kit complete, in a special area we've been allowed to.

It's your chance to see with your eyes, in details, what an SWS kit looks like and how complete it is.

If you have a chance to be at "Tamiya Fair", please come to visit Zoukei-mura booth; we'll be waiting for you.

Cold wind is bringing winter on, already this time of the year.
That's it for this time, I wish you all the best every single day.

See you next time then!! 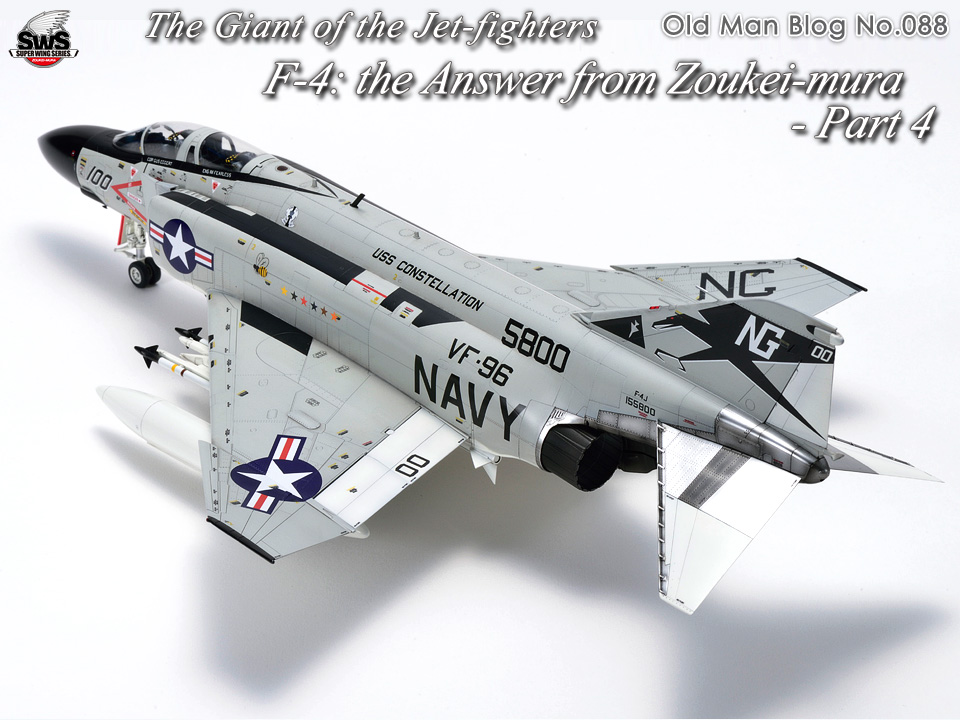 Old Man Blog No.088 The Giant of the Jet-fighters F-4: the Answer from Zoukei-mura - Part 4 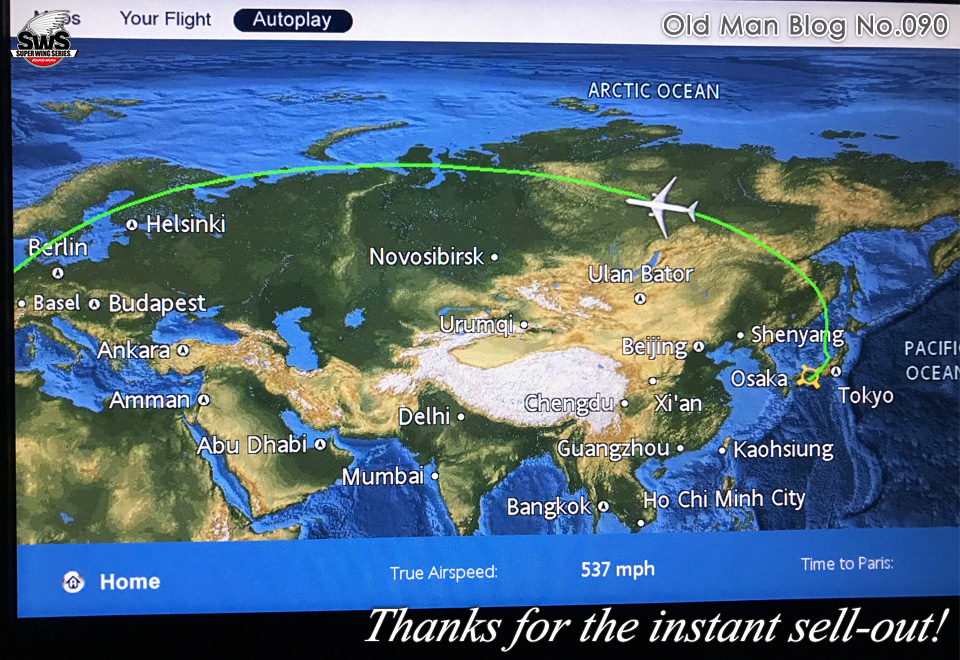 Old Man Blog No.090 Thanks for the instant sell-out!